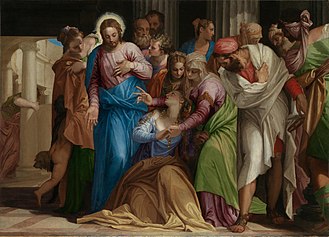 CURRENTLY LISTENING TO A PODCAST about early Christians, who tried to follow Jesus’ path in the most literal way.

END_OF_DOCUMENT_TOKEN_TO_BE_REPLACED

Editor’s note: This was first posted on my FB page on April 20, 2019. I’m reposting it here with some additions and revisions.

CAN WE JUST STOP THIS FALSE ANALOGY, of choosing between Barabbas and Jesus as like a choice between “thieving politicians and honest candidates” in the forthcoming Philippine elections? It is the worst kind of analogy.

END_OF_DOCUMENT_TOKEN_TO_BE_REPLACED

Today is March 29, and a Good Friday as well. Notice any curious coincidence?

The first is the anniversary date of the New People’s Army—the Communist-led rebel armed force that has been the present Philippine state’s continuing specter since it was established 44 years ago, in Tarlac province.

The second is of course the traditionally observed day (which changes from year to year) of Jesus’ crucifixion and death—a multiple irony since a peace-loving prophet who claimed he was the Son of God was arrested for “declaring himself King of the Jews” and was executed in the most excruciatingly painful manner practiced by the Roman authorities.

One date is celebrated with joy by Communists and the rebel forces they lead in a small Asian country; another day is observed annually by the world of Christendom, often with somber or even morbid rituals. Could we think of a more extreme clash of images occurring on the same red-letter day? END_OF_DOCUMENT_TOKEN_TO_BE_REPLACED