Sometimes, like a youth wistfully pining for a lost teenage love on a rainy night like this, I’m stricken by an irrational wish for the online world to revert back to 1992-1994.

Twenty years ago, the BBS community was earthy and robust, and the Internet was young and full of promise. Back then, I was a wide-eyed online newbie fumbling with a 2400-bps modem and AT commands. My computer was a clunky Toshiba laptop running on DOS, with an RJ-11 jack, an RS-232 serial port, and two 3.5″ floppy drives with a total 2.8 Mb active storage space. 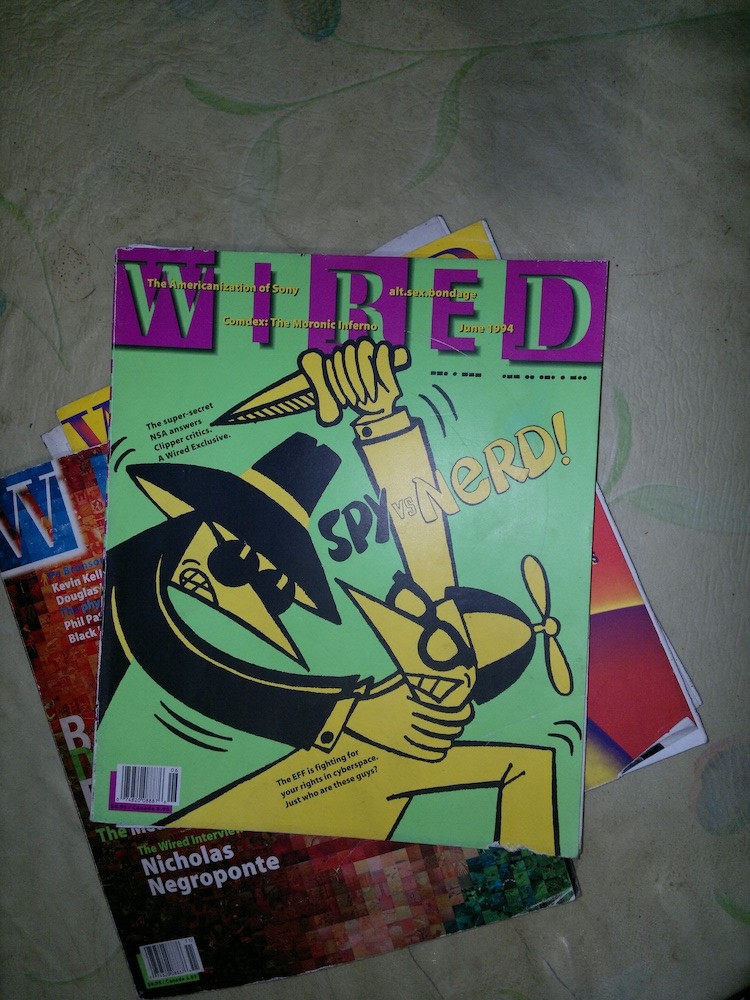 Back then, the surefire marks of a nerd included having an email account, running a BBS, configuring a VRAM modem, tunneling Fidonet through uucp, reading Wired Magazine’s first issues, and knowing how to install winsock.dll to be able to run Netscape. Having sensed the sea change, I took up the challenge and acquired enough theory and practice in time for the Internet’s full arrival in the country by March 1994. (Before that date, our emails had to be coursed through GreenNet, gn.apc.org via Fidonet tunneling the Internet through uucp, if that makes any sense to you at all.)

My wife and I had become my Jedi brother’s official padawans in 1992, and by 1995 both of us had basically completed our Internet apprenticeships and moved to bigger things, so to speak. My wife joined the all-female APC tech support team for the 4th World Conference of Women in Beijing, while I joined a Philippine IT startup, Infobahn, led by George B. Olivar. My wife and I later set up our own email service named IRAIA, modeled after my brother’s Email Center Philippines and servicing a modest number of NGOs.

In those early years, one could maintain a “shell account” with a DOST or university Internet host running BSD Unix or Linux, run uucp to exchange batch emails, and service a sizable number of local email clients using Fidonet protocol. IRAIA’s BBS-to-Internet server ran 24/7, polled the SLU-Baguio remote host for email every 30 minutes, and serviced dialup calls any time of day and night. My server was an AMD K5 with 10 gigabytes of storage space, and my modem was a US Robotics 33.6k — all near the top of the line for the type of online services we offered. That server, running 24/7, endured with hardly no downtime for almost four years. My wife and I were proud of it, and grieved for some time when, at last, our Mom-and-Pop operation and many others like it were swamped by the full-Internet-access biggies.

Much of the technologies back then are still existent and operable until now. You can still dialup a few BBS sites. Fidonet is still alive. Check it out here if you’re a genuine 1990s geek. Archie and Gopher can still be invoked on a few sites. The Garbo and Simtel libraries are still available on some FTP mirror sites, soc.culture.filipino is still active, and yes, you can still telnet//locis.loc.gov.

I could go on and on recalling the BBS and Internet artifacts of the early-to-mid-1990s. But for now, let me just indulge myself in a bit of rainy-night nostalgia by leafing through old magazines, where my heroes were Richard Stallman and Linus Torvalds, Karen Banks and Tom Jennings, the APC and EFF folk. Yahoo and Google were just dreams floating in some undergrad’s minds, and villains like NSA were merely a tiny whisper that died on one’s lips.

Nerdy thoughts about an Internet long gone, like lost teenage loves, bring tiny bits of cheer on a rainy night like this.#