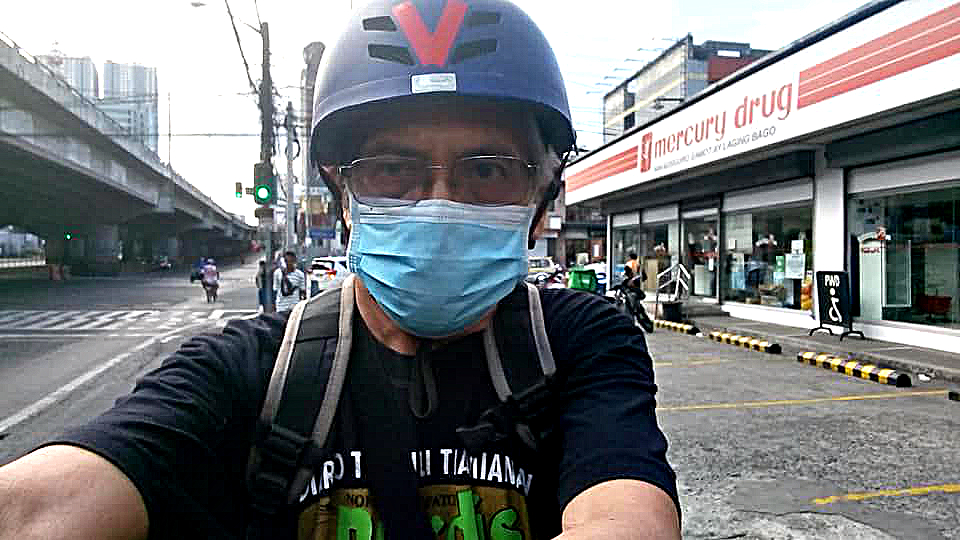 Note: These are my Covid-19 Pandemic Journals, started on 1 March 2020 (offline) and my daily entries summarized every Sunday. They contain my personal observations, opinions and musings, which would otherwise remain buried in the sheer avalanche of news and analysis in these past three months of 2020. These have been trimmed down in some places and expounded in other places so I can post them here for public consumption. These are my entries for 26 April – 2 May, Week 9.

Today (29 Apr) I read a post saying that the country’s first reported SARS-CoV-2 genome sequence came from Europe or Oceania, not China. In the past week, actually, I’ve read quite a few FB shares and heads-up for technical articles saying the same thing. For some FB friends, these feed into a narrative that questions whether the hordes of arrivals from China to the Philippines as early as January (which certainly already included some Covid virus carriers) were really the main source of what would develop into local transmission.

A friend asked: “But wasn’t the Philippines Patient Zero a visitor from China? Yet the virus seems to have come Europe or Australia.”

My reply: One plausible scenario is that there were several Patient Zeros, ergo, multiple initial hotspots. The first patients from China and their most immediate contract traces, because it was so obvious to quarantine them, may have stopped the particular virus strain from spreading too fast. But Filipinos arriving from Spain (where there was a conference attended by several PH delegates) and elsewhere in Europe were not as strictly quarantined and thus these other viral strains proliferated unchecked for quite some time.

There is this post entitled COVID: Top 10 current conspiracy theories. I’ve been trying to read through some of the theories about the origins of the Covid-19 virus, but there’s not enough time for me and the science is still trying to catch up anyway (and me trying to catch up with the terminology). Also, I tend to be always on the super-cautious side when I read about these theories. Most have at least a layer, a veneer, of scientific evidence backing them up — so I avoid automatically calling them “conspiracy theories” — while some are outright woo-woo tinfoil rants.

For now, I’ll just focus on the 5G “link” because it’s easier for me to verify and absorb, and because the author is a bit flippant and careless in just sweeping away this theory under the rug, as something that gains traction because it is “being pushed by the Kremlin.” The article describes it as the easiest to debunk because electromagnetic radiation cannot generate viruses. True.

But the 5G theory is more sophisticated than that, making it a bit more plausible but still far from being acceptable. The 5G angle is that its microwaves operate at frequencies that confuse some of the sensitive immunity/antibody mechanisms in our bodies (the EM side), making our respiratory/digestive linings more susceptible to or confounded by attacks from viruses (including but not only SARS-CoV-2) and opportunist bacteria already in our immediate environment. Still too speculative and personally I don’t think it’s the causative factor but still we can’t rule out some of the correlations. We still need lots of scientific research on 5G impacts on our bodies.