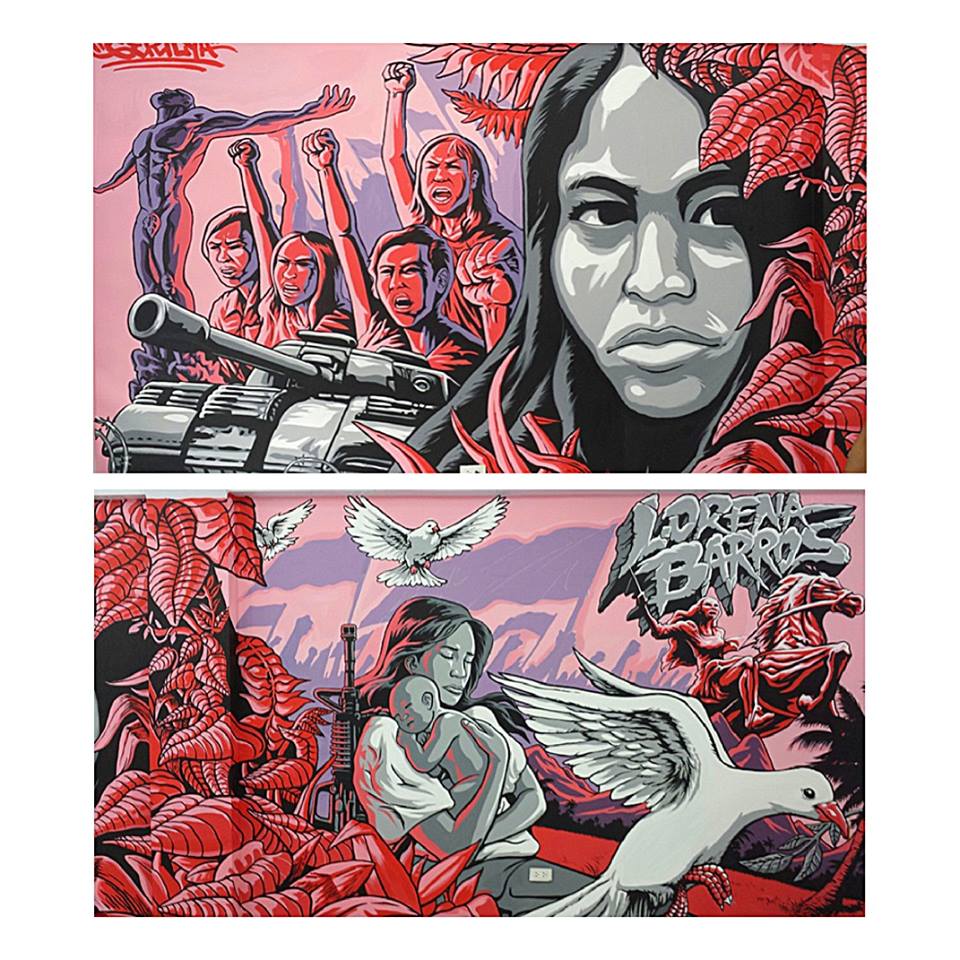 This is what you said, and I’ll translate as accurately as I could:

“Not all mothers in jail were able to attend the burial of their child. So to those who sympathize with Reina Mae Nasino, know full well the reason why she is in jail, and recognize full well what she is [or stands for] in society. You’re turning your lamentations into an afternoon drama series. Just stop!”

Let me tell you a story that’s somehow related.

When Marcos declared his fascist dictatorship in 1972, there was this pre-med student at UP Diliman who was an activist, who decided to fight the fascists by joining the New People’s Army in Quezon province. He got married to a local girl, who also joined the NPA after a few months. Now so you won’t accuse me of “not knowing full well” the characters in my story and of turning it into a TV drama, let me quote the official story:

“In December 1974, Melito and two of his comrades as well as his wife, then nine-month pregnant, were cornered inside a house by soldiers in a campaign against the NPA. Melito was killed in the very first volley of fire. His wife and companions were arrested. One later escaped, but the other was executed after he refused to cooperate during interrogation. Melito’s widow went into labor and underwent caesarean operation in the military camp. She was later told her baby was born dead.”

The NPA commander’s wife, whose name is Flor, did not even have a chance to hold her newborn baby, much less be present when, where, if indeed and how, it was buried. Flor spent some years in prison, met a political prisoner who was like Melito in a lot of ways. They fell in love and were married in prison, at the 5th CSU inside Camp Crame. I know, because I was there.

After release from jail, Flor and her activist husband went on to build a new family and rebuild their lives beyond the Marcos fascist dictatorship. After more than 45 years of living a very simple but fully productive and principled life, Flor is once more a widow. She is surrounded by loved ones, and she stands tall and proud of her struggles, sacrifices, and achievements.

My entire clan knows her well because she is one of us. Pwede mo din syang ipagtanong sa Philippine Greens. O hanapin mo sya mismo, doon sa pinaka-simpleng bahay na makikita mo sa pinaka-komersyalisadong bahagi ng Sikatuna Village. [You can also ask the Philippine Greens about her. Or try to find her directly, there in the simplest house you could see in the most commercialized part of Sikatuna Village.]

She was the widow of Melito Glor, whose name and memory are now among those enshrined and honored yearly at the Bantayog ng mga Bayani. She is also the widow of my brother.

Now, if you don’t have the time, or the patience, or the heart, to get the full story of Reina Mae, who is not even an armed rebel but an urban-poor activist in jail and denied bail, or the stories of today’s versions of Gregoria de Jesus, Tandang Sora, Josephine Bracken, Carmen Rosales, and Lorena Barros, I doubt if you would spare an hour to seek out Flor, enter her humble home, and listen to her story or even read this piece.

But listen now, dear Honorable Ass. Secretary Celine Pialago of MMDA, and remember this if it’s the only thing you will ever understand:

The struggles, sacrifices and achievements of each one of these heroines—as armed rebels, legal activists, women fighters, mothers when they were your age—are worth much more than their names carved on historical markers or Bantayog’s marble walls, their stories told and retold in books, memorials and official citations, their just causes echoing again and again in street protests.

No, Ms. Pialago, their heroism is something that you can neither touch, nor erase, nor dismiss, because it’s etched in the hearts and minds of millions of Filipinos.

You, on the other hand, are just another failed experiment in using beauty and charm to sell toxic products. #