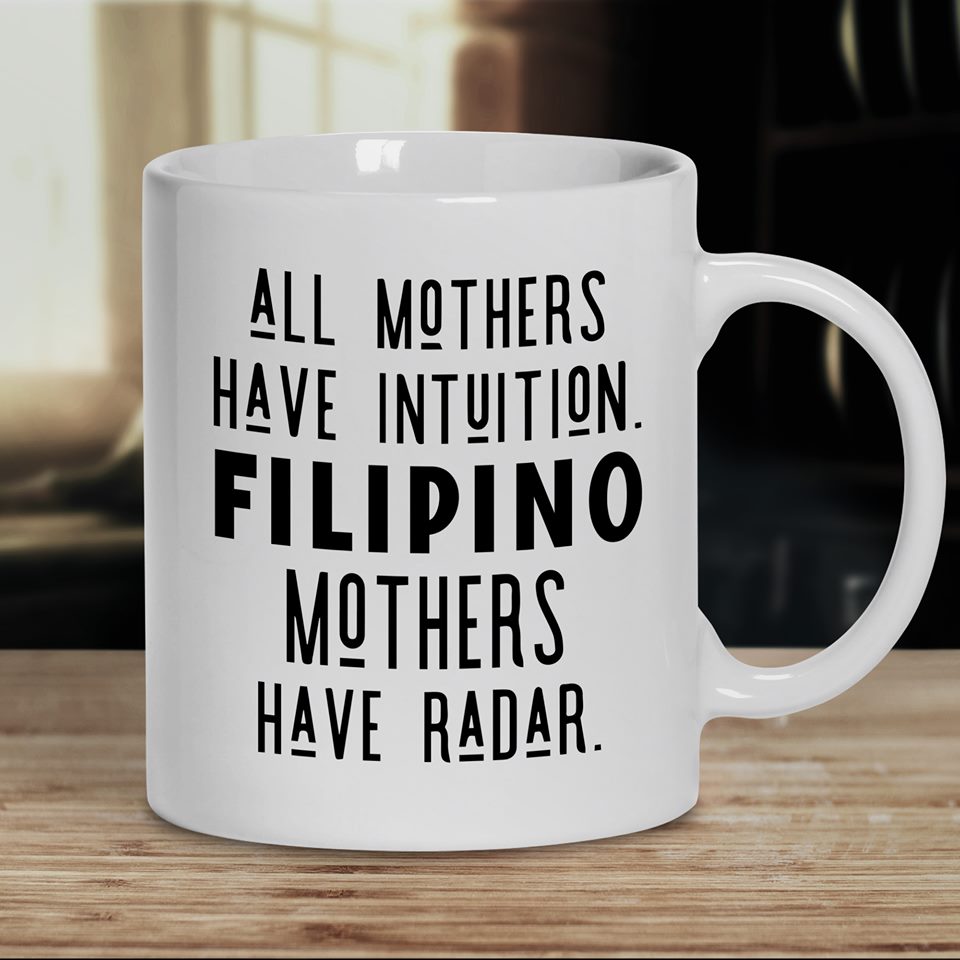 Someone, obviously wearing their Filipino nanays‘ (mothers’) pride on their sleeves, posted this cute meme on Facebook:

I totally agree. This has a materialist basis, actually.

First. Filipino mothers don’t just rely on their individual intuition, but on the collective intuition of their extended family and household, which they concentrate into a sharp and high-resolution image of their daily working environment. In military parlance, that is called situational awareness Level 1.

Second. Especially in the case of close-knit communities (as in lower-class, urban-poor, small-town, and rural-barrio communities, which comprise the majority in the Philippines), this individual or household-level intuitive faculty is further amplified because Filipino mothers tend to exchange notes across the bakod (fence) and across the eskinita (neighborhood alley), to their favorite ka-chismisan (neighborly chat mate). This has pros and cons, but the more socially conscious the mothers are, the more do the pros outweigh the cons. Situational awareness Level 2.

Then third, there’s SA Level 3. The majority of Filipino mothers have not mastered it yet. But those who have are swelling in number. This has more to do with unfolding politics and ideology.

In short, beware of the Filipino mothers’ radar.

PS. Someone asked me, “I thought the ‘radar’ thing was on Filipino wives?” No, that’s a different device, I told her. That’s not radar technology, but drone technology. Armed and ready, always on the prowl, and ready to release its deadly payload when triggered. #