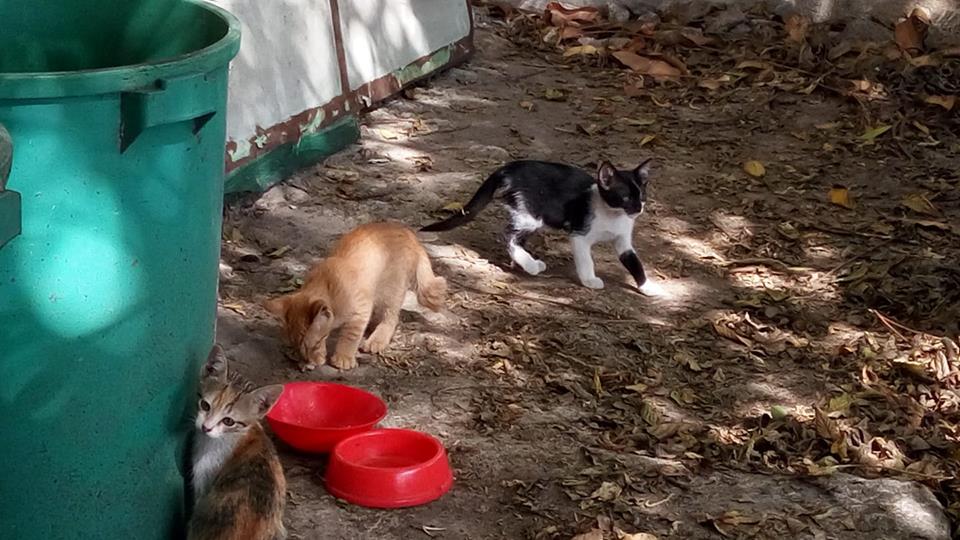 That’s how I usually address my domesticks. I do that on point of principle, to remind them (and people around them) that they are animals, and thus they should assert their animal rights and voice out their demands and peaceably assemble without having to ask anyone for a rally permit.

Short backgrounder: My son’s cat bore a litter of four lovable kittens this January. The mother and father are both pusakal (Pinoy street slang for, well, street cat), and it seems all four kittens took to the usual pusakal traits of quick and nimble feet and keen survival skills.

And, like I explained in As catty as they get, I raise cats and dispose of kittens according to a well-thought-out principle. Ergo, interested neighbors who prefer male to female kitten, or who expect spaying, will be disappointed.

I haven’t really checked which ones are male and which ones female, because I think you should not discriminate based on gender, race or religion. Take them as they are, or not at all.#