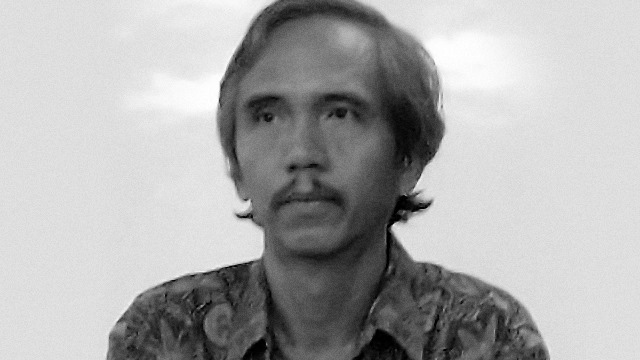 Situation: There are four kids at the dining table. All four are fierce believers in equal rights. They are also fierce eaters of bananas. But there are only two bananas left. So how to make sure there is peace at the family table during meals?

Solution: The parents don’t intervene. They don’t worry at all. They let the kids work it out among themselves.

But wouldn’t that be a crappy solution, indicative of neglectful parents? I don’t think so, because that’s exactly how my parents typically dealt with the problem whenever it arose at dinner among us four children.

And so, it wasn’t an unusual situation during meals when the four of us had to share two bananas, or two eggs, or two fried fish, or two sausages, or two slices of meat, or two slices of cake—and we had to do it very fairly. We were given ample servings of rice, vegetable and soup, but much of the household food was strictly budgeted. My parents operated a variety store, but the store helpers were strictly instructed to control our “palista” requests—especially of candies, softdrinks, and snacks.

Since our parents had their own busy work schedules while we kids had similar school hours, the four of us usually ate together without them on weekdays. At first we might have raced to get bigger shares at mealtime—I no longer remember those details. When our parents ate with us, what I remember was that Daddy and Mama would just keep on eating, not intervene, or simply say to no one in particular, “Stop bickering and learn to share.”

But we siblings hated quarrels and always found a way to quickly patch them up. So how did we manage to share two bananas peacefully and without parental intervention? Simple: We adopted the Ikaw humati, ako pipili (“You slice, I choose”) rule.

Holding one banana, our eldest Kuya Boy (Roberto or “Obet” to the rest of the world) would present the challenge to Ate May, who often sat near him on one side of the table: “You cut the banana in two, I choose the half I like.”

Now if you really think about it, that’s a most elegant solution. (Typical of Obet, whose solutions were most logical and mathematical, often brilliant and elegant.) It required no adult intervention. If Ate May accepted the challenge, she would have to exercise her utmost precision-cutting abilities to make sure that the banana is divided exactly into two. Otherwise Kuya Boy would simply choose the bigger half. Or she could return the challenge: “Hindi, Kuya, you slice, and I‘ll choose.”

On the other side of the table, Gerry and I would enter into a similar deal. “You slice, I choose.” Or, depending on the day’s preferences, Kuya Boy would deal with Gerry, and I with Ate May. At any rate, we’d quickly agree on who slices, and who chooses.

The solution, first suggested by our Kuya and quickly adopted by all four, was deceptively simple but mercilessly logical: if the slicer is careless, the chooser gains, and vice versa. You make a mistake, you only have yourself to blame.

Bananas and other round fruits, hot dogs, eggs, pies and other food items with regular shape and firm texture were not too difficult to halve exactly. But odd-shaped pieces like fish posed a challenge. Mangoes were a special challenge because of the asymmetric shape and big seed, but as they say, there are many ways to slice a pie, er, mango.

The slice-and-choose rule taught us to be exacting but trustful in sharing. After a while, we would mentally note slight inequalities in quantity and quality, but learned to accept them. We had no need for precision scales and calipers. Nor adults to intervene. It became almost like a game.

For nearly 10 years of growing up and taking regular meals under one roof, we adopted this rule of thumb, got used to it, and thus ate happy and hearty meals together with almost no fighting and sulking. We became so confident with each other’s capacity to share, that as we grew up, we gradually loosened up and became more flexible in applying the rule.

It wouldn’t be an exaggeration to say that this rule was like a strong chemical bond that held the sibling tetrahedron firmly in place.

One by one, the four of us became activists, left the family house, returned from prison or underground life or long provincial stints, got jobs, married and set up our own homes. Imperceptibly, inequalities surfaced, as a matter of course. But the old sharing tradition never left us. Through the years, we continued to support and compensate each other in countless ways.

As our parents grew old and incapacitated, we applied the same “you slice, I choose” rule pragmatically, this time more flexibly and creatively, to manage or acquire our share of our parents’ properties. We did not experience the ugly quarrels that often tore apart families, set sibling against sibling, on issues of inheritance.

As I recalled these childhood memories, it also occurred to me that after Mama died (a decade after Daddy’s passing), we made a decision on how to dispose a houseful and decades’ worth of personal and family belongings left by our parents and not covered by any last will.

Naturally, we engaged once more in the 21st-century version of those cute “you slice, I choose” deals we made as kids on the old family dining table. This time, it was a bit more complicated. But not problematic. After all, we were aided not only by Excel worksheets but by a better appreciation of what comprises real value in this overly materialistic world.

We agreed to divide the entire “family loot”—books, photo albums, memorabilia, ancient furniture, jewelry, inexpensive art works, other heirloom—into convenient subdivisions divisible by four. One suggestion was that we group everything into 16 “great showcases” of more or less equal value, while another proposed 100 smaller lots where similar items are grouped together. I no longer recall what scheme we finally adopted, but we used a round-robin mode where each of us took turns in choosing.

We never worried that this would cause any envy and back-biting. That’s because—remember—we’ve had decades of practice in good-natured “you-slice-I-choose” sharing. In fact, we had a great deal of fun (and wine) and happily lugged home our respective shares. We were like frisky kids again, exercising our rights like our parents allowed us to discover on our own, decades earlier.

That day, when the four of us sat down to finalize the four-way sharing, we weren’t merely “dividing the loot” left by Mama and Daddy. Rather, we were celebrating a most valuable legacy they nurtured in us: our persistence as a family tetrahedron—bound for life, not just by the rich shared experiences of growing up together, of fighting for common causes, but by a gracefully simple rule of sharing, which our Kuya Boy initiated and which we learned to apply in many ways: Ikaw humati, ako pipili. #